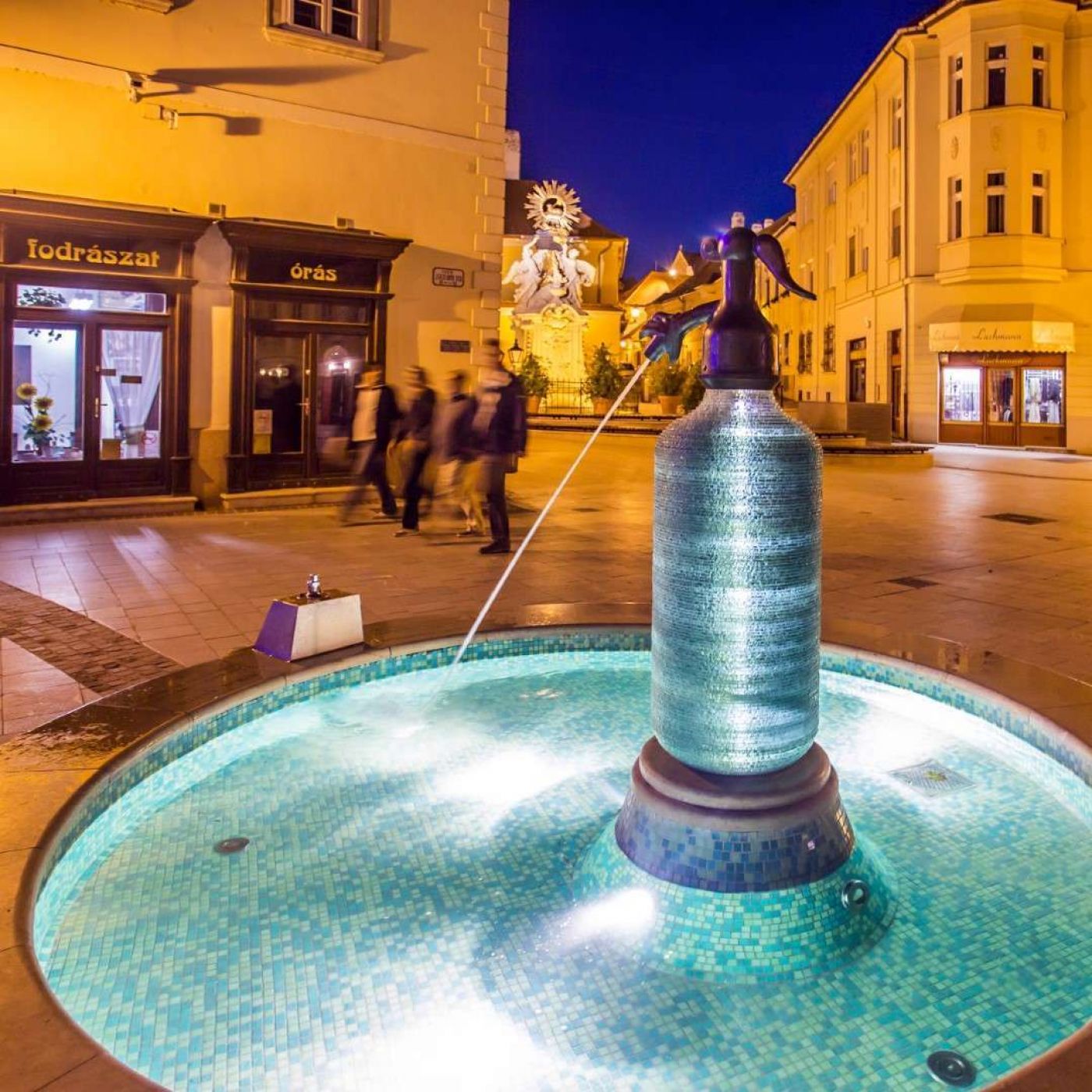 Applied science of Jedlik: soda and the “fröccs” (wine spritzer)

We can boldly say that Ányos Jedlik was one of the most brilliant Hungarian minds in the 19th century. He was a Benedictine monk but he was even more committed to science. He was a reformer in science. He invented the dynamo at the same time as Siemens did, but he was behind the German scientist with his publicity. The same thing happened with many of his inventions during his life, so scientists and the world did not really recognize him as a scientist or his inventions.

The biggest influence he has had on Győr, among many of his inventions, was the producing and storing of soda water. He invented a four phased soda producer machine which did not use a mechanic compressor to compress the carbon dioxide.

He used the benefits of chemical dissolution to improve the carbon dioxide to be more perfect, cheaper and easier to make as it was compressed at 3-4 atmosphere pressure and as it is guided into a water tank. He could make the process of the absorption quicker because of the shaking. He figured out also that the soda needs to be produced thru a tube that needs to reach the bottom of the bottle. This way you are able to use the soda until the last drop. He said the following at the 2nd Congress of the Hungarian Doctors and the Natural Examiners in 1841:
„Soda can be interesting for the people who do not or cannot drink wine and they are thirsty for this bubbly stinginess taste. Maybe it would be a useful drink for those sicknesses when the soda bubbles have a good effect on the organs.”

Jedlik was at the cellar of András Fáy (writer and politician) in Fót and he was demonstrating his soda bottle during grape picking. This is when he spritzed some soda into the wine and this way he created the “fröccs” (wine spritzer). The poet Mihály Vörösmarty was also there, his words recall of this happening:

Upward rise within the cup,

Naught can stop it, as each globe

Leaving on the earth beneath,

The popularity of the soda and the “Fröccs” (wine spritzer) did not fade and the soda bottle is one of Győr’s symbols. The exhibition of the soda bottles in the Visitors’ Center, the “Fröccs” Festival (Wine Spritzer Festival) what is held in every year in Győr or last but not least the Soda-water siphon fountain located on Gutenberg square are proof of its influence on the town.