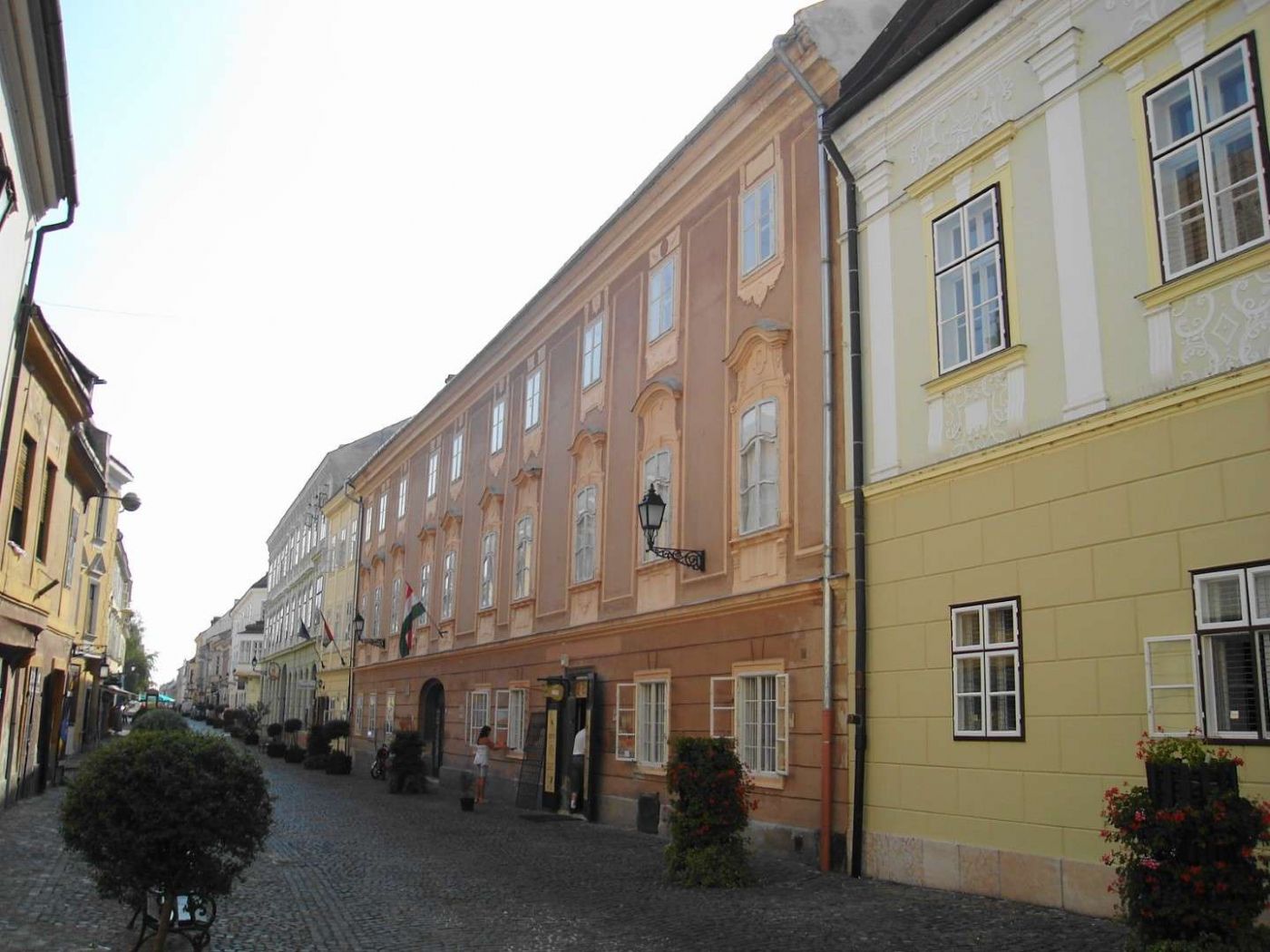 There was an argument about whether or not Napoleon was in Győr in the January and February series of Győr’s Bulletin in 1873.

The question was closed with the conclusion that we can be sure that he was, and in that year a sign was put on the Napoleon house (which used to be known Bezerédj house). The sign says: “I. Napoleon stayed here on the 31st of August in 1809.”

The war began between Austria and France on the 10th of April in 1809. Napoleon marched into Vienna then he sent out a proclamation to the Hungarians. He called upon them to split from the Habsburgs and choose a national king.

He did the same thing in Spain and Poland earlier and as it became clear that he did not want to give autonomy to these nations. He put his own people and relatives into the positions of power.

The attempt of incendiarism of the Hungarians against Austria did not happen because Napoleon cared about them. He followed the principle of the “Divide et impera” which has worked throughout the ages of history. It meant in this case that he would trap the Austrian Empire between two flames.

The Hungarian nobility knew exactly what would happen and what they could expect after the Spanish and the Polish examples. Hungary was on the side of Austria, and the rebellion of the nobility was gathering in Győr. Western Hungary became a military procession area after Austria’s declaration of war. But the aim of it was not the conquest.

There were many factors that caused the Austrian-Hungarian army to recoil, such as being unorganized, weak, not having experienced soldiers, missing supplies, decision-makers who did not know the military situation and sibling rivalry.

But what brought the emperor to Győr?

The aim of his visit was to check personally the local fortresses, ramparts, bastions and defensive lines.

He arrived with his high ranked officers according to contemporary records. His stepson was among them and they arrived by coach and through the Bécsi gate. All of Győr’s bells were pulled when he arrived to Győr.

They say that Napoleon had dinner with András Lehner and his family, who was his translator and spoke 7 languages and was a lawyer who then became a grain vendor. The dinner was at the Fehérló Hotel what was owned by the father-in-law of András Lehner.

Napoleon could not be too careful, and Lehner’s wife and son became imperial pre-tasters before he would eat from the meals offered to him.

According to legend, he had time to have fun since the whole town was celebrating his birthday which was two weeks before he arrived. The ruler was disturbed in his sleep in the middle of the night since the celebrating got too loud – and he was quick-tempered. He grabbed a cannonball in his hand and threw it out the window to show his displeasure.

Probst house is across from the Napoleon house and the cannonball in his wall became the memento of Napoleon’s visit. Also, you can find Győr’s name – as Raab – on the Napoleon’s triumphal arch in the victorious battles section in Paris.