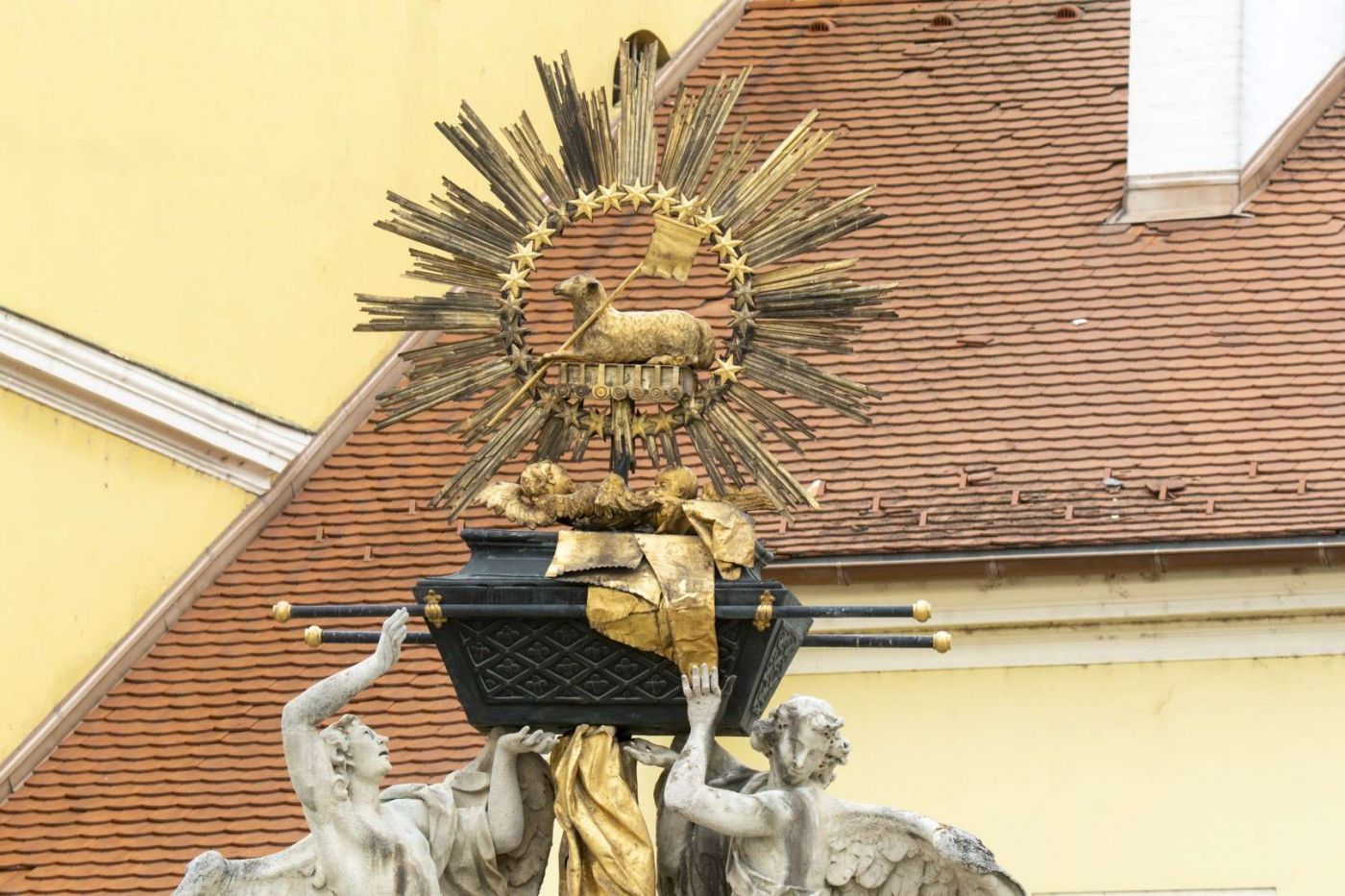 The Legend of The Ark of the Covenant Statue

The legends of monumental monuments usually relate to a scandalous story. The Ark of the Covenant Statue is not an exception.

Characters of the story:

György Weingasser, one of the soldiers of the garrison

Soldiers of the guards of the Dunakapu square

A soldier was accused of adultry, having a fake indentity, and bigamy in 1729. He found shelter with the Jesuits at the Benedictine building which can be found at Széchenyi Square.

The commander of the castle asked for his extradition which the vicechancellor denied.

The military quarantined the castle so that they could not get food into the castle.

The bishop took the soldier to the Cathedral during the procession of the Lord’s day, which was the perfect opportunity as the route went from the Benedictin church (Located in the Széchenyi square) to the Cathedral.

The bishop dressed the soldier as an acolyte and he walked in the procession. The soldiers of the guards of the Dunakapu square recognized him, however, and they attacked him at the place where the Ark of the Covenant now stands.

After the scandalous sacrilege the king ordered a monument to be erected to ask God’s forgiveness. This is what the Latin text is about on the Ark of the Covenant statue which was made 2 years after the accident.

Why the Ark of the Covenant?

They celebrated the body and blood of Christ on the day of the Lord. This was the most common way to represent it and also it symbolizes the presence of God.

And building this monument had a practical purpose. According to tradition, the people placed within the Ark of the Covenant the pieces of wafer which fell on the ground, along with the dirt, as they believed the dirt had been blessed by the fallen pieces.