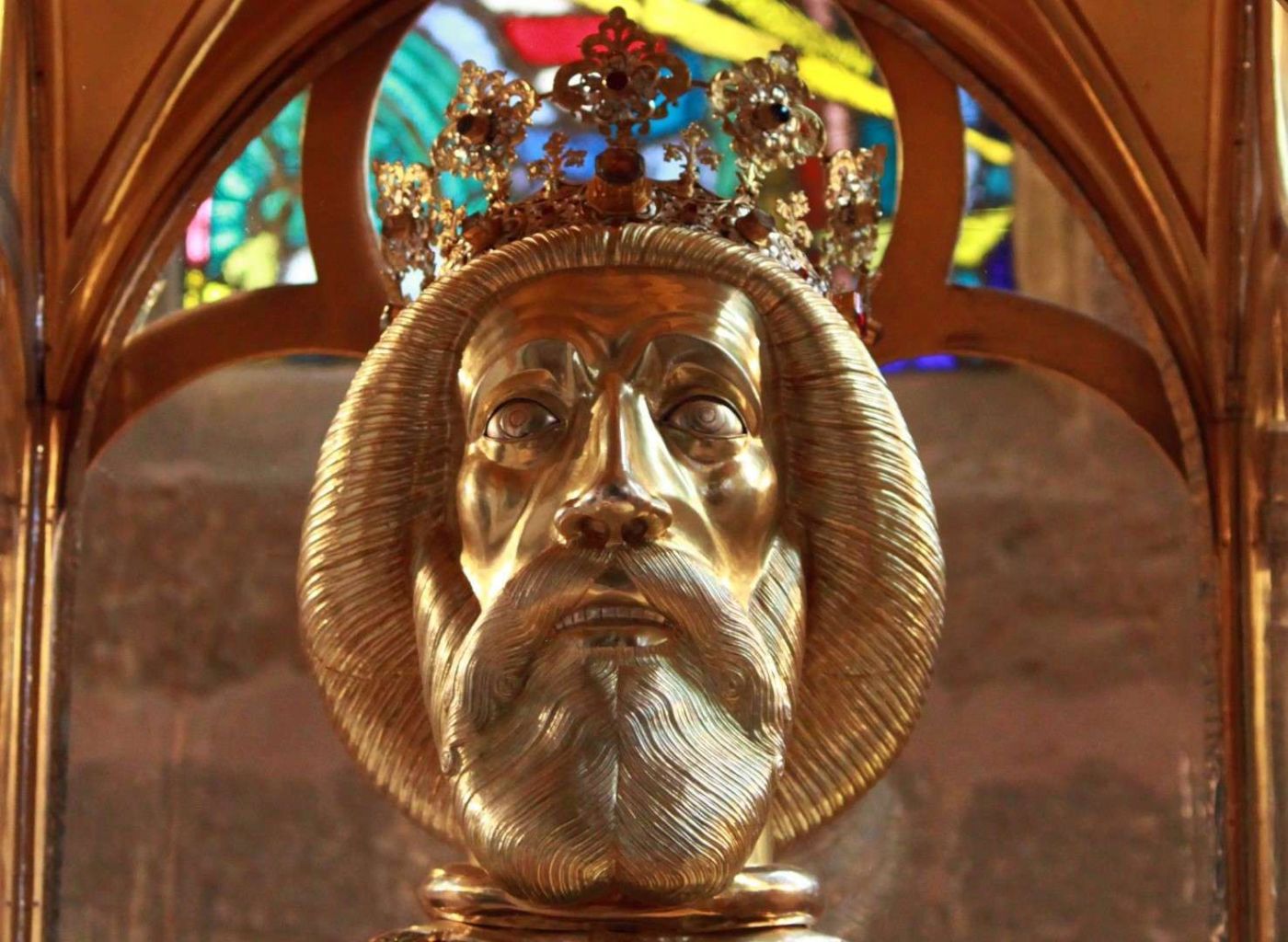 The wonderworking herm of the Knight-king

It is an interesting fact that we can thank two of our sacred relics to two different bishops who were persecuted and escaped to Győr in the 17th century. The Weeping Madonna painting is from Ireland and the Herm that holds the pieces of Saint Ladislaus’ skull is from Transylvania.

The Knight-king was a tall and strong man according to sources. He was brave in the wars, and also he was moralist and religious person what basically was the man conception of the knighthood. This is how he could become a role model of the Hungarian knightly living and culture.

He was an example for the following kings and was a key figure in building the country and national patriosm with his laws, strong armed but wise, tricky, defender and conqueror politics and also he made the Hungarian churches stronger and enlarged them.

He died in 1095 and he was surrounded with honor even at that time. They moved his grave to Nagyvárad in 1113 and it became a place of pilgrimage. Many legends were created about the happenings of his life and his personality cult got bigger when he was canonized after 100 years of his death.

Bigger honour surrounded this herm than any other of our relics. Also Ferenc Zichy made this honour stronger in the middle of 18th century when he held 8 day long prayer-meeting to show respect to the relic when he became the bishop of Győr. He also “saved” the Saint Ladislaus’ Day when the pope ordered to lower the number of the high festivals of the churches.

There was a big earthquake in 1763 in Győr. During this big earthquake Zichy bishop offered Győr to his favor and they did a procession what worked because the disaster ended and the earthquake did not destroy more of the town. Since then the procession became a tradition what could not be even stopped by the political leaders during the Soviet times. The citizens of Győr carried the herm while they did the procession in 1919.

We have Saint Ladislaus’ days at the end of June to honor of his death when it is a religious and worldly remembrance of the Knight-king and the knighthood ages.