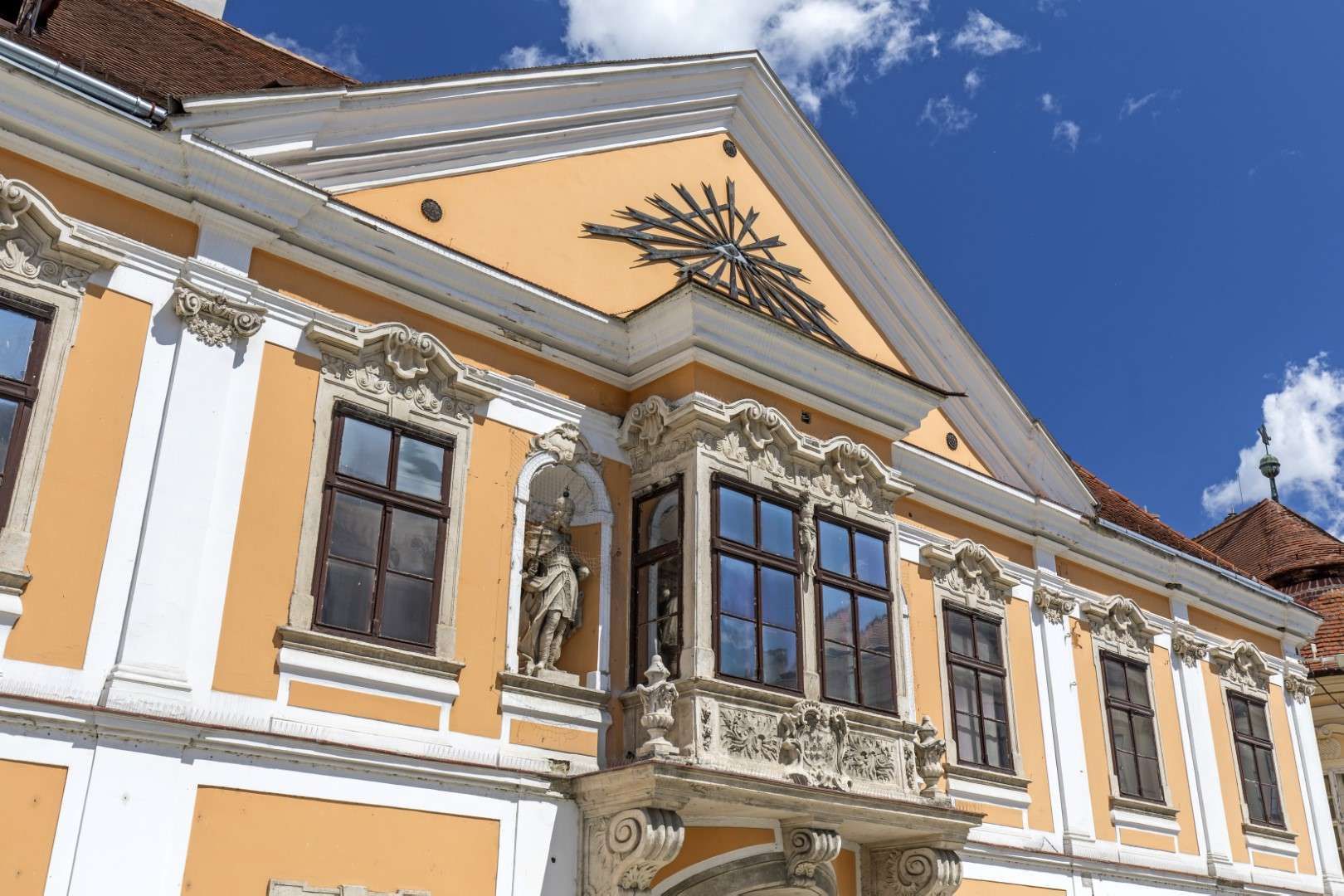 Beccaria Virgil was a vendor from Lombardy. He owned one of the buildings that used to be at the place of Apátúr house and it was one of the most significant palaces of the town. This Italian man was not a simple figure: he became a Hungarian noble and then he became a member of the town court. Also it shows his wealth and influence that he gave a loan to the Chamber of Lower Austria. This loan was 20.000 Ft and from what we understand, a house was worth about 14-25 Ft in Győr and its surroundings in the XVI. century.

The building which can be seen today was built in the place of other 9 houses. The land was owned by the Beccaria family, Mátyás Nyéki Vörös, provost assistant and Benedikt Malatesta captain. The abbots of Pannonhalma began to buy the houses in the second half of the XVII. century. Benedek Sajghó abbot started to build the palace. The building has an irregular layout and the frontispiece is the shortest side of the building.

Ferenc emperor gave the palace to the Benedictines in 1802. At first it was a seminary then apartments and then a boarding school. At the end it became the museum of the town history in 1949. The antique tile stove museum was opened in 1966 in the cellar of the building and it was the remembrance of the famous Győr’s stove industry. This exhibition was moved to the Fruhmann house later and this is where it can be found now.

Unfortunately the Apátúr house cannot be visited now due its closure because of renovation.