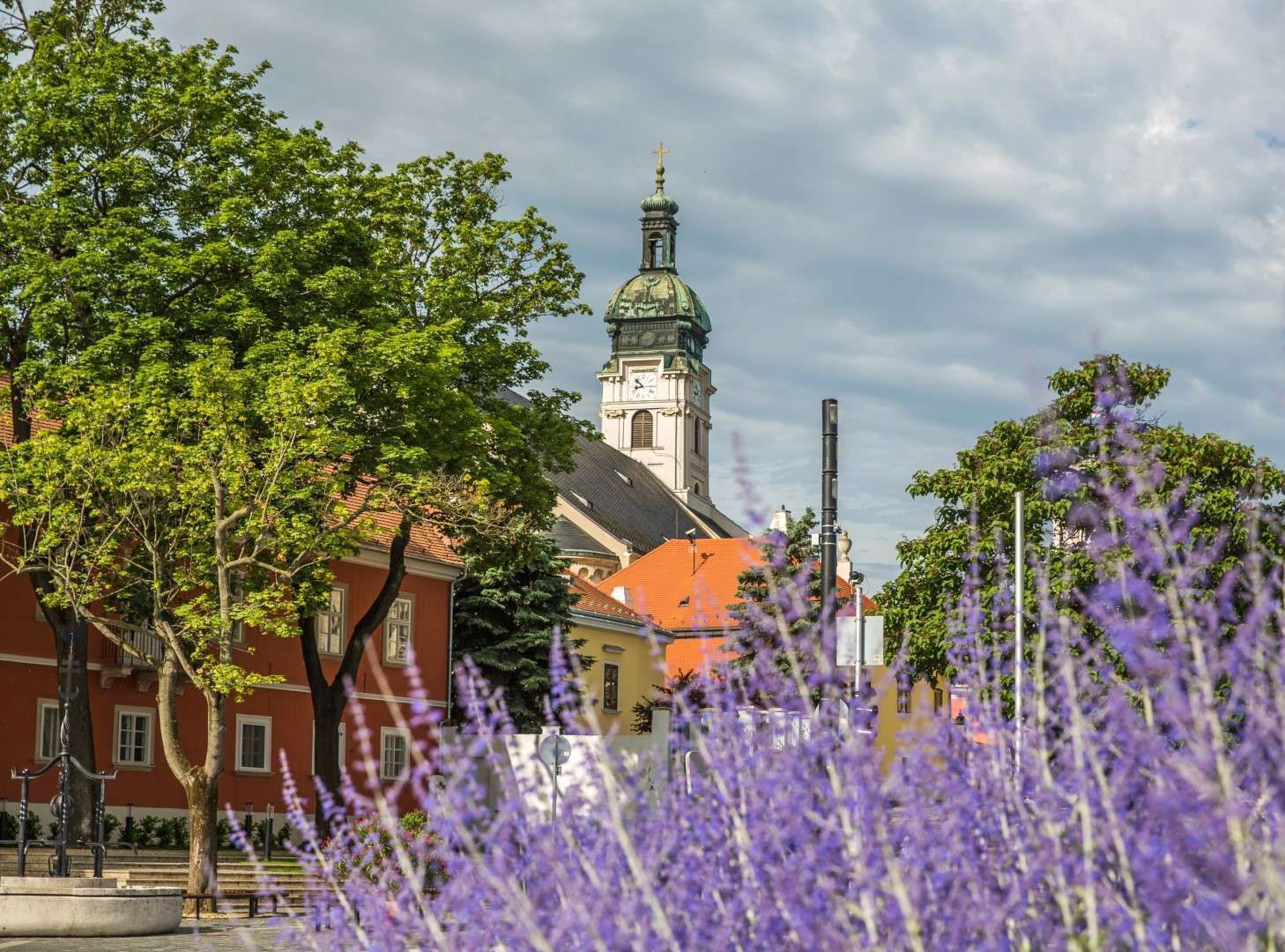 The Chapter Hill is the oldest part of Győr. The Arrabona camp of the Romans was here and this is where I Stephen put the main chair of the episcopate and the state count in the 11th century. This is why the first Cathedral and other buildings of the episcopate and church were built here, and where the area gets its name.

The whole area is where the castle stood in the Middle Ages. There were more streets on Chapter Hill with little opening alleys toward the Danube in the 17th-18th century which were built in later. Now the Chapter Hill has two squares (Apor Vilmos Püspök square and Gutenberg square) and only one street, called the “Chapter Hill”.

The Apor Vilmos Püspök Square is between the south side of the Cathedral and the yard of the chapter. This square was a cemetery until the middle of the 18th century.

The name of the square was changed to “Square of the Nineteens” as memory of the soldiers of Győr’s infantry regiment. A relief was put on the south wall of the Cathedral made by Adorján Horváth. He also made part of the memorial of Cziráky.

It got its current name after Boldog Apor Vilmos marthyr. He was a noble priest and he was promoted to be a bishop by Pius pope in 1941. He was famous for his unshakable faith and presumption of innocence. He died after 4 years during the Russian invasion in Győr while he was hiding and protecting  local women from the Russian soldiers in the cellar of the Bishop’s Castle. Pope John Paul II inducted him blessed. His red  marble sarcophagus is in the Héderváry Chapel of the Cathedral. The Bishop’s Castle has an exhibition about his work and martyrdom.

The work of Tibor Szervátiusz can be found across the main entrance of the Cathedral. It is made of marble from Carrara for the 1000th anniversary of the Hungary state’s foundation. The main event of it was when Saint Stephen offers Hungary to Mary. We can see the legend of the Miraculous Deer on the two wings of it.

The Saint Ladislaus-relief is made by Ferenc Lebó who is a sculptor from Győr. The town asked him to do it for the 900th anniversary of our Knight King’s death in 1995.

We can see Saint Ladislaus on the horse as he fights. The presence of the angel reminds us many legends about the “athlete of God”.  According to the legend the angel gave guidance about which herbs would help to heal his soldiers from the Black Plague. Angels helped him to win against Solomon in Bratislava and his last victorious battle was against the Tartars as an angel 200 years after his death.

Thanks to the national sacral treasure of the Chapter Hill, it became National Heritage Site in the spring of 2020.