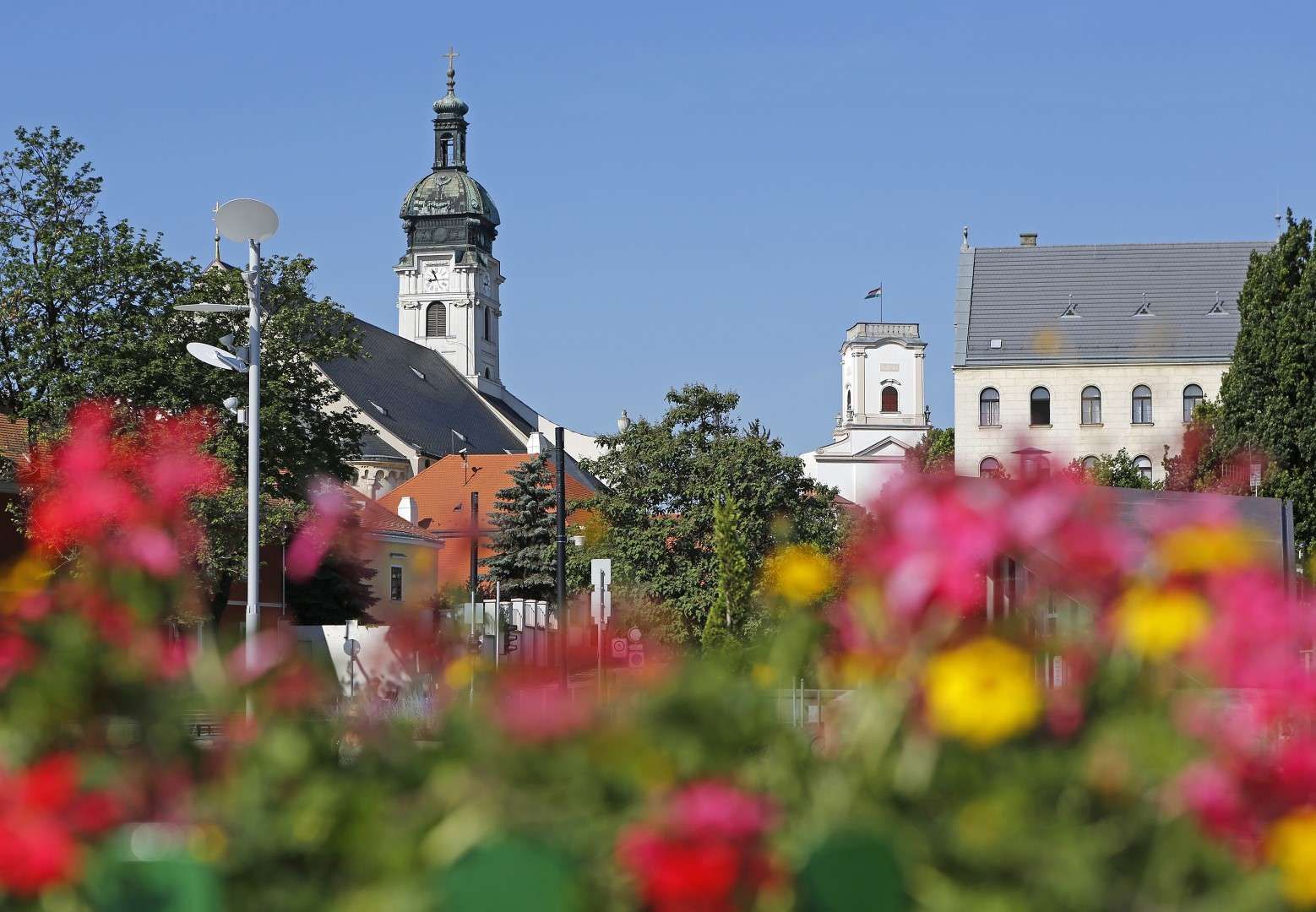 The Dunakapu square is one of the 3 iconic squares of Győr. It is bordered by the Mosoni-Danube river on the north. It got its name after the gate of the old castle that was the Danube (“Duna”) gate which is mentioned as “Vízi” gate (Water-gate) in the old city lexicons. According to legend, the Turkish people put the iron rooster on this gate in 1594 when they took over Győr. They said they would stay as long as the iron rooster does not crow. Four years later it crowed.

The replica of the Iron Rooster is on a fountain at the west side of the square where we can quench our thirst during our sightseeing tour.

The Danube Bastion was near the Danube gate which had a well built out cellar system. On the building located at 8 Jedlik Ányos Street is a memorial tablet where the gate used to be (nearby the Iron Rooster fountain).