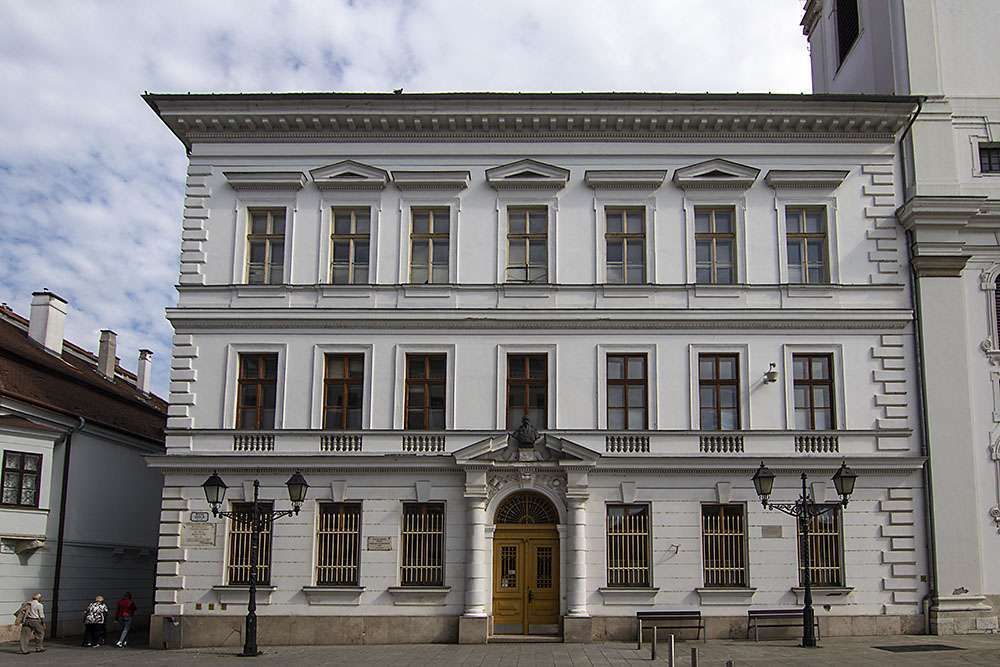 Miklós Dallos bishop founded the school for the Jesuits dorm in Győr in 1626. The friary opened in 1702. This expanded the church law with the teaching academy and philosophical college also.

The Jesuits had to leave the town after 150 years teaching as a consequence of the tolerance law of II. József. The high school had a great educational program for the students even back at that time. It was one of the intellectual centers.

The elite boys of the town studied here. Later many of them held high ranking positions in political and economic life in Hungary or abroad. The Benedictines got the building complex in 1802. They also took over the education with the ownership of the building and the education had to main stain the high standards. Many excellent scientists and main characters of the Hungarian scientific and cultural life taught here such as: Gergely Cuczor (the school was named after him), Ányos Jedlik, Flóris Rómer, Jácint Rónay, and Kolos Vaszary.

Only the students of the school may have become more well-known than their teachers were. Many of statewide known men sat in the classrooms and walked through the halls of the school. Just to name a few: Lajos Batthyányi, Ferenc Deák, Gyula Farkas, Imre Kerényi, Károly Kisfaludy, Sándor Kisfaludy, József Öveges.

The chapel is on the rooftop of the high school and the dormitory. It has a special atmosphere. It was built by Imre Makovecz who was one of the outstanding Hungarian architects. László Péterfy made the red copper angels in 1995. They look down at the believers in the chapel through the glass roof. They can be seen only from the chapel and from a few parts of the town. It is not the usual way how these angels look like. They show the war of the dark and light powers in an impressive way. You may make an appointment to visit the chapel.