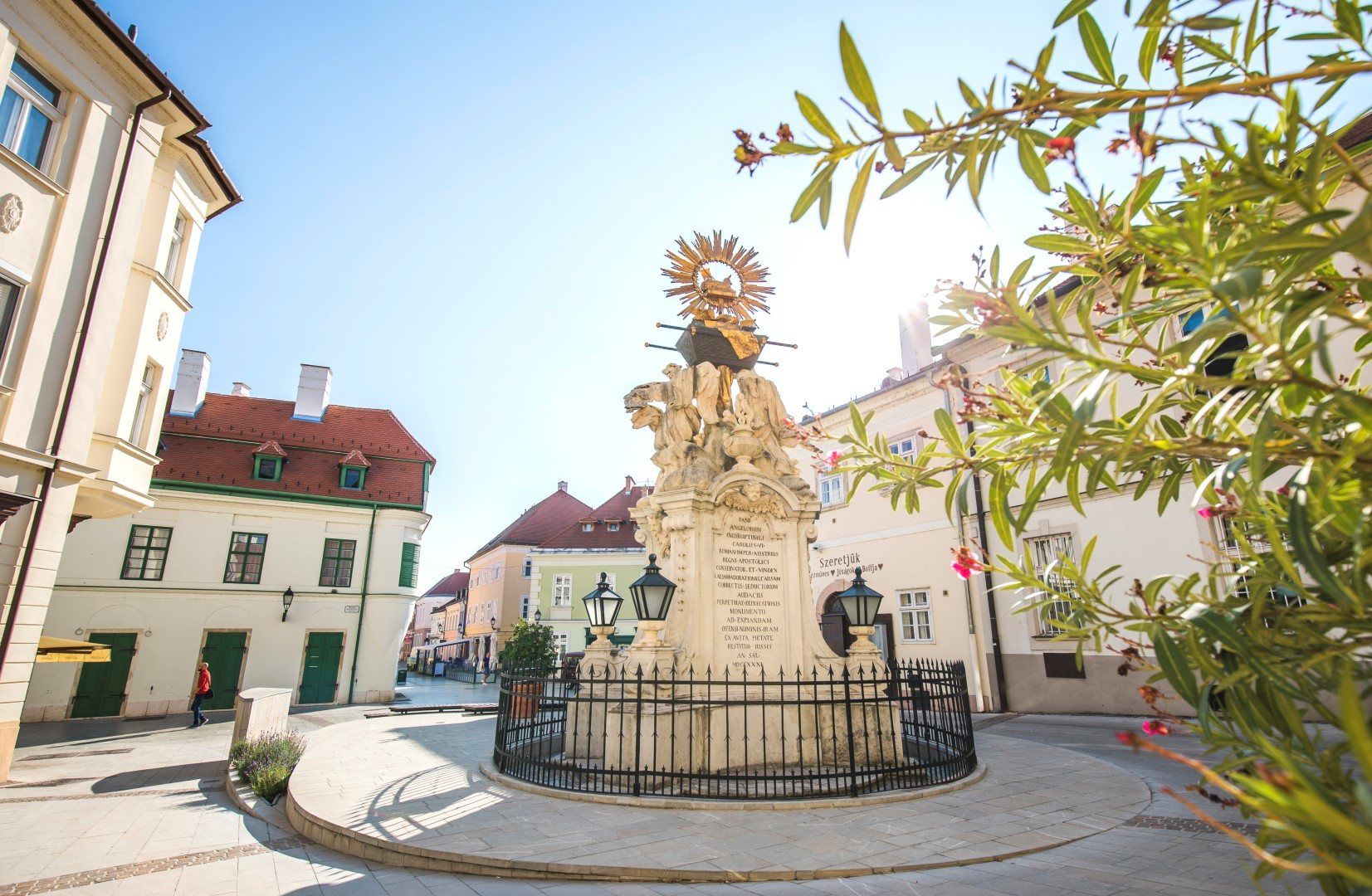 SODA-WATER SIPHON: It is not by chance that we find a giant soda-water siphon in Győr’s town centre. Ányos Jedlik, former teacher at the Benedictine school, priest and inventor, also patented the industrial production of carbonated water. And why is Győr renowned as the city of “fröccs” (spritzer)? During a grape harvest in Fót, Jedlik sought to quench his companions’ thirst with a mixture of white wine and carbonated water produced with the help of his soda siphon. The drink became to be known as spritzer, in Hungarian “fröccs”.

ARK OF THE COVENANT: The town’s most dazzling sculpture tells an exciting story. In 1729, a soldier accused of bigamy found refuge in a former Jesuit monastery. His pursuers imposed a blockade on the building. Taking advantage of the procession of the Holy Sacrament, the fugitive attempted to escape dressed as an altar boy, but was easily recognised. During the manhunt, the Holy Sacrament was knocked from the high priest’s hands, which fell to the ground shattering into a million little pieces. Two years later, at the emperor’s order a beautiful sculpture was erected from the soldiers’ pay.

GOLDEN SHIP TRADE SIGN: Work of art made by local goldsmith Bandi Schima, whose letter – according to legend – is still preserved in the ship hull.