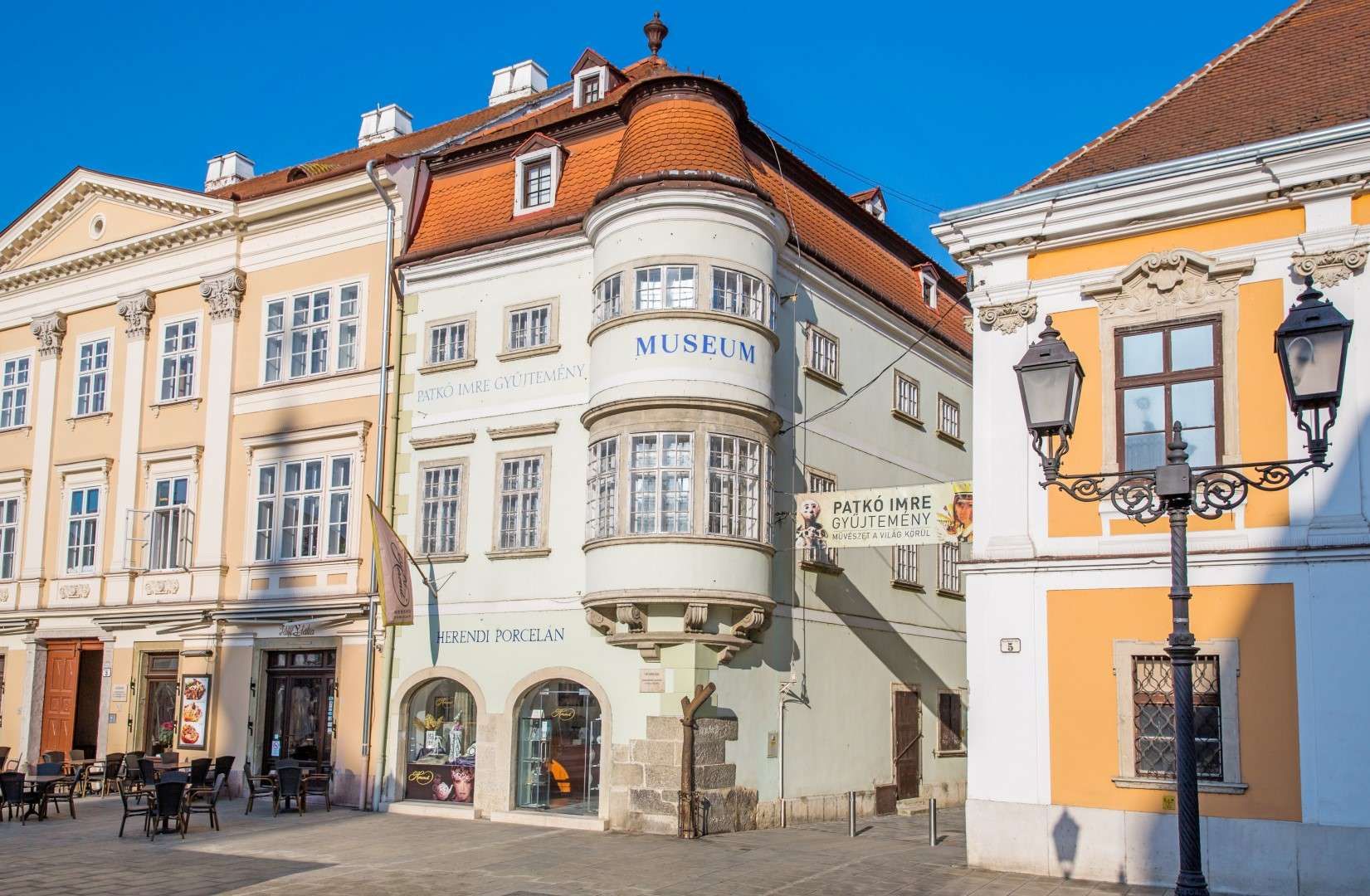 It has the 4th number and it is located at the west side of the square. It is one of Győr’s iconic buildings.

It is iconic not just because of the unique two storied,cylindrical shaped corner balcony but also because of its trade-sign. This stump – covered with iron and nails – is connected to one of Győr’s legends as you can read here.

Here everybody knew well the iron stump of Vienna near Stephansdom and called Stock im Eisent. Mátyás Zittrisch took advantage of this when he made the iron stump in 1829. After 4 years he put it by another building at the square and when he bought the house he brought to his building.

Nowdays it is called the Iron Stump House. It has been in existence since at least the 16th century. It used to have only one floor and it was owned by the magistrates of the town. One of them whose name was Orbán Gindl built the second floor of it.

Mátyás Zittritsch was a grocer and bought the building in 1833 and this is when he opened his store in it. There was nearly no one who could not find it if they looked for the iron stump in Győr.

According to the town legend, traveling young craftsmen hit the nails into this stump. This story is possibly true for the original iron stump in Vienna. As for the iron stump, it is more likely that Mr. Zittritsch made it with all the nails in it because all of the nails are the same type. This iron stump became an iconic symbol of Győr, just as the other one did for Vienna.

The entrance to the building is not from the square but it is from Lajos Stelzer Street. We can see a small built-in balcony above the main entrance. The collection of Imre Patkó moved here in 1980s after renovation. This collection is one of the Rómer Flóris Art and Historical Museum’s permanent exhibitions.