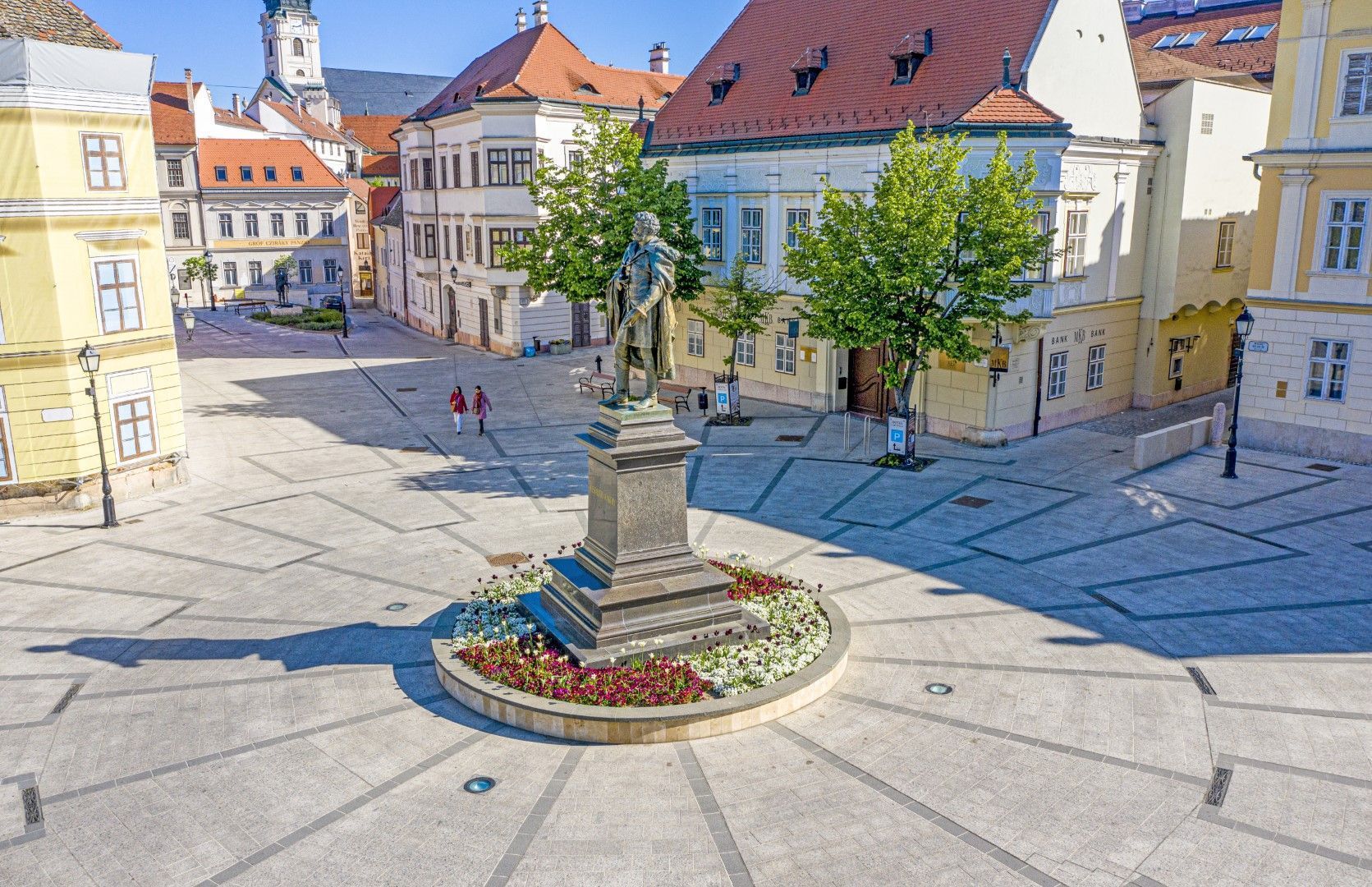 Károly Kisfaludy was an important figure of the hungarian literature, born in a village not far away from Győr.

His bronze statue was located near the stone theater on Radó island in 1892 and it was made by Lajos Mátrai. The initiation ceremony was planned in 1888, for the 50thanniversary of Kisfaludy’s death, but organizers couldn’t collect enough money for it. Mór Jókai gave a speech beside the aldermen at the initiation ceremony. Because of common floods – for example it stood in water for days in 1920 – it was moved to its current location  in 1921.

Many local legends belong to the statue. One is that if visitors are not careful and park illegally, then they are written up in a notebook that he has in his hand. Also students who are late to school can get on this list. This is especially funny because as a student Kisfaludy was a nightmare for the teachers at the Benedictine high school.