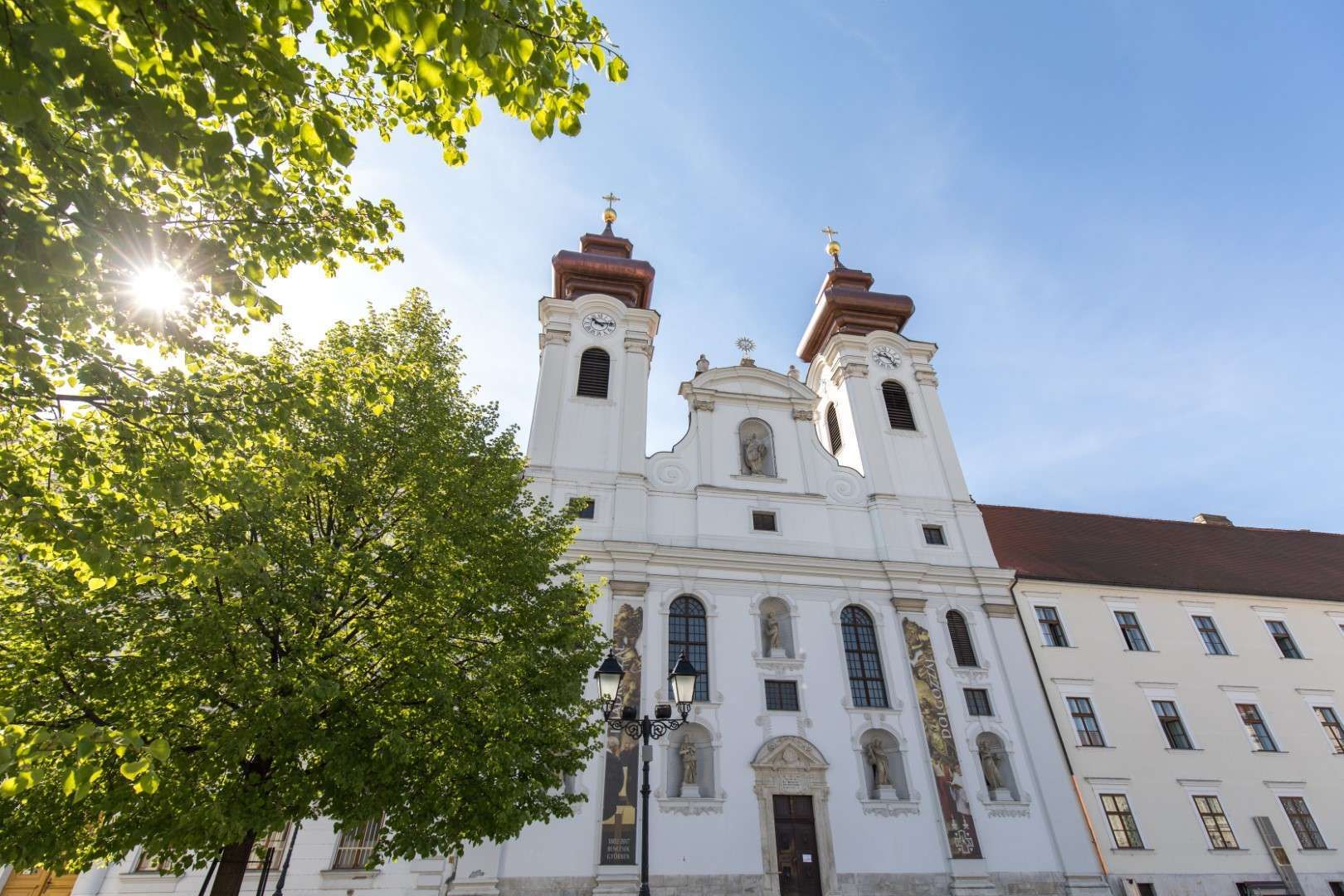 The church was built by the Jesuits’ initiation in the first half of the 17th century.

It was built in the first half of the 17th century because of the Jesuits’ initiation. Bartolomeo and his son Giacomo Torre were the contractors and they built it according to the design of Baccio del Bianco.

The church is between the high school and the friary. It has one nave and it was built as a copy of the Il Gesù. The text on the frontispiece tells us that it was devoted to Saint Ignatius (who founded the order of the Jesuits) and Virgin Mary. The 1641 means that the church was finished in that year.

The inside of the church is a rare example of baroque architecture. Only part of it was left for us because of renovations. Some examples of baroque architecture are the stucco decorations and frescos of the chapel booth, which is comprised of two sets of three small booths. Maybe the middle ones are the most interesting: the left sided booth of the Saint Rose of Palermo and across from it the other booth where we can see the picture of Győr and Pannonhalma in the 17th century.

The towers with their roof and the frontispiece got their look that we can see now in 1721 during one of the renovations. Only one of the bells survived the storms of the centuries. It is 30 quintal and its name is the Saint Benedict bell.

The organ is from 1757 and it was made by Gáspár Burghardt who was an organ builder from Győr. A new organ is being built right now for the church so it can bring to life the tradition of the phenomenal concerts which were once one of the most important cultural events during baroque times.