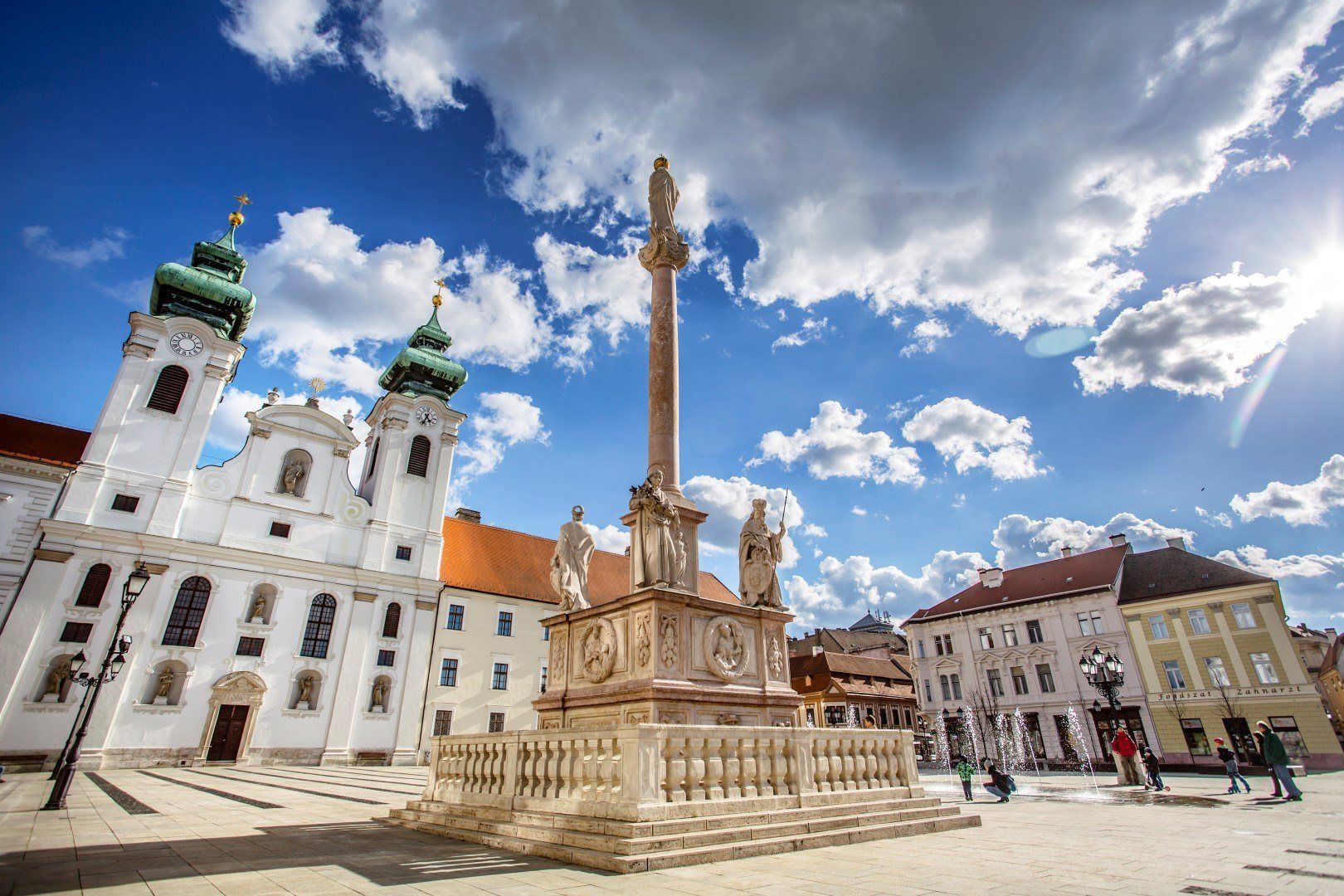 The square has always been the center and the heart of Győr. The historical life of Győr happened here: markets, official functions, lawsuits, and even executions. The wives of the mill workers sold their wheat floured loaves and breads here also.

The current shape of the square was made during the city planning in XVI. century when they seized their streets in the land register book after the big fire in 1566.

The square was called Market square in the XVII-XVIII. century. The comedians who arrived to the town usually performed here for the people. It was called the Main Square in the XIX. century. It got its name what we know now (Széchenyi Square) in 1860 from the general assembly of the town. This was the same year István Széchenyi died.

The building located on the 1. Jedlik Ányos Street is among the oldest buildings in Győr. The building was redeveloped in XVIII. century but originally it was built in the 1600s. The next building is classically styled and it was built from Antal Fruhmann’s idea who was a local architect.

Colorful frontispieces of the monuments – among them is the Iron stock house which has now closed, a cylindrical corner balcony -, the two towers of the Benedict Saint Ignác church and the Column of Saint Mary which was built in 1686 because Buda was released and became the symbols of Győr.