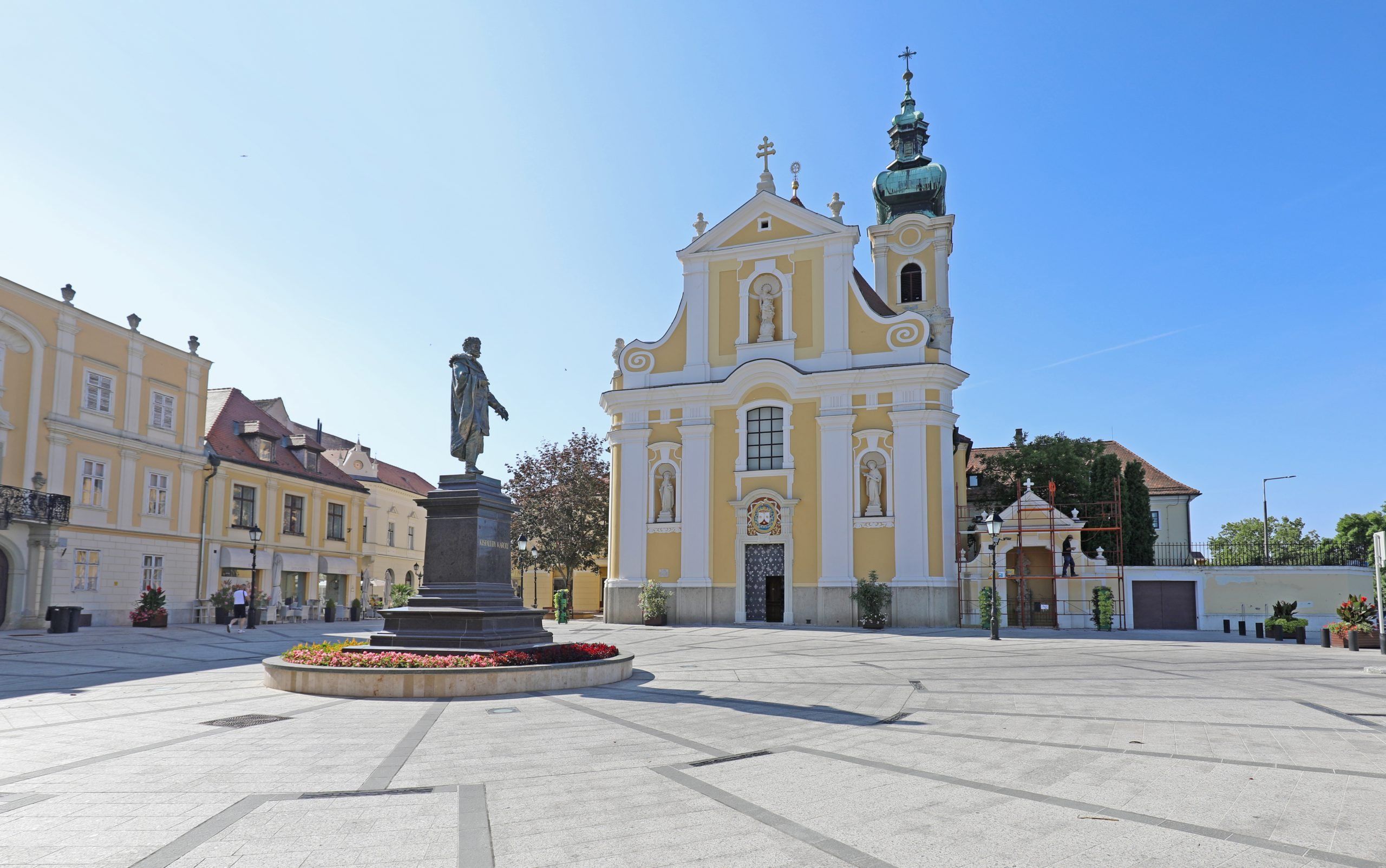 The square was bordered on the north side with the Sforza Bastion and Chapter Hill (Káptalandomb), on the east side with the Szabadsajtó Street, on the south side with the Kármelita Church, and it had walls at the Rába river from the middle of the 16th century, and now it has the Rába-kettős bridge. The western gate of Győr used to be here. The gate was a renaissance styled gate and its name was Viennese-Gate (Bécsi kapu) that was badly damaged by the Napoleonian troops in 1809 and then torn down in 1860. This is where the square got its name.

Located on the eastern side of the square is the Ott House. It Is known for its elevation. The elevation is one floor higher than the building itself. The other building that is at the corner of the Szabadsajtó street and the Bécsi kapu square is one of the oldest buildings in Győr still standing. 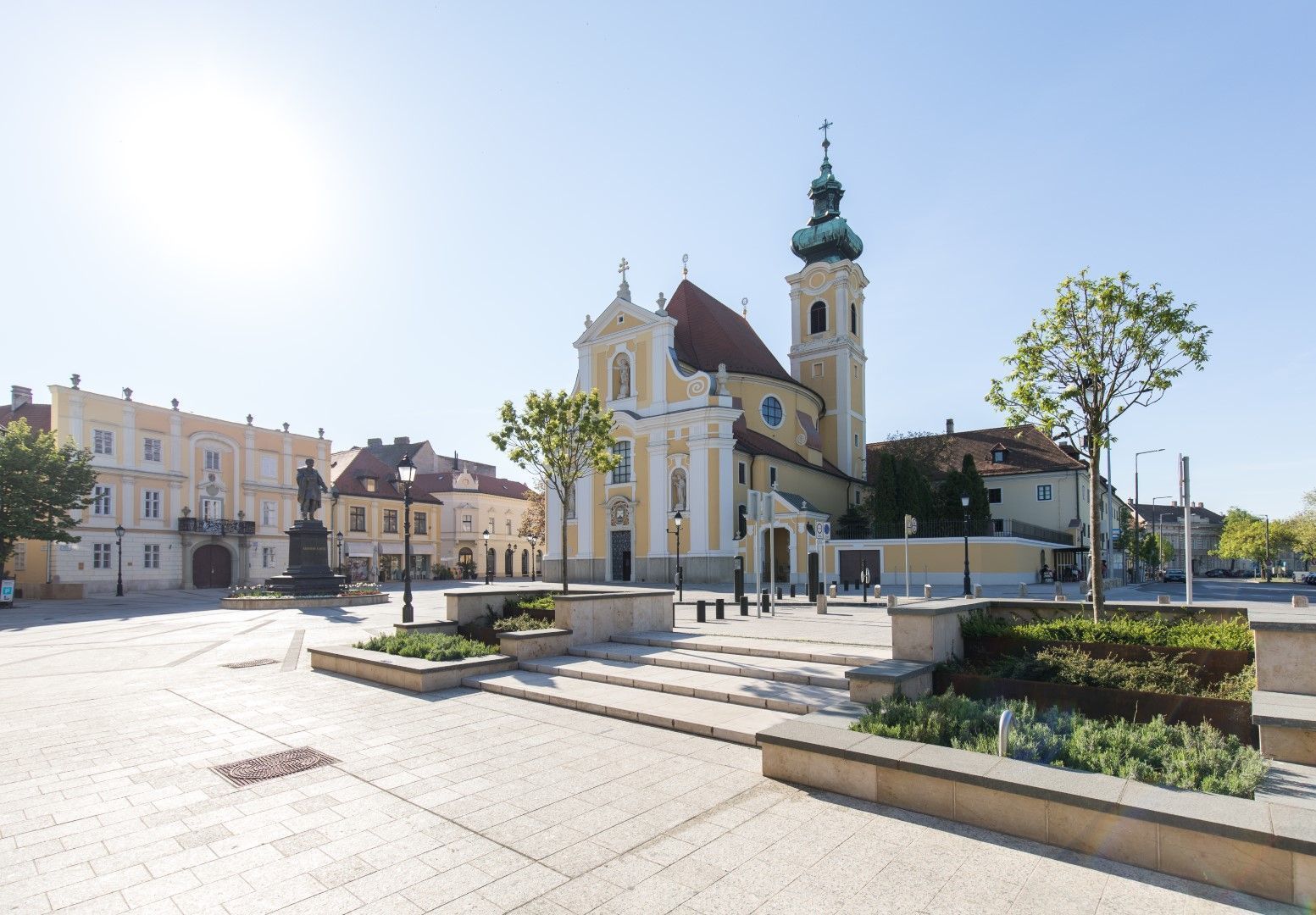 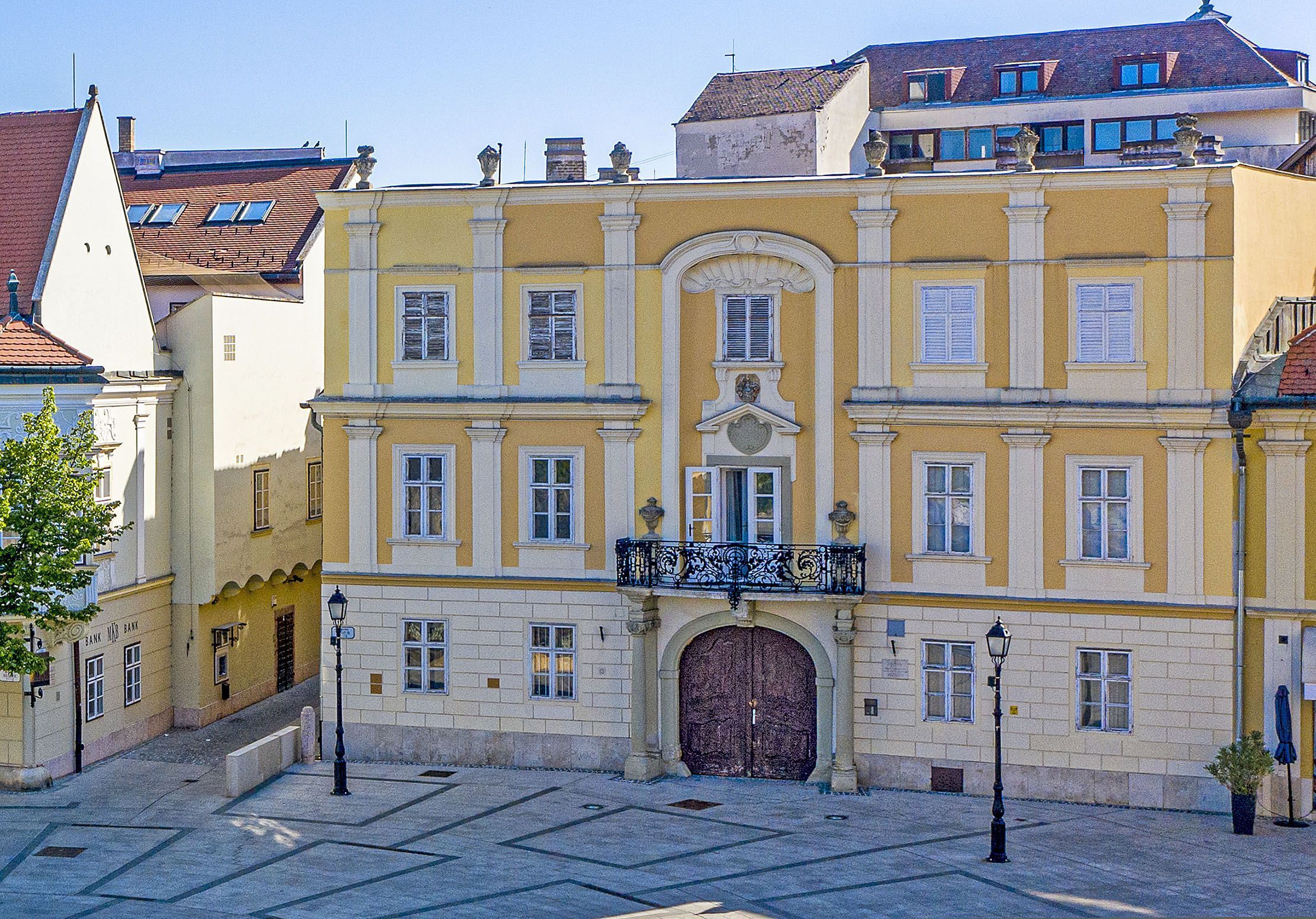 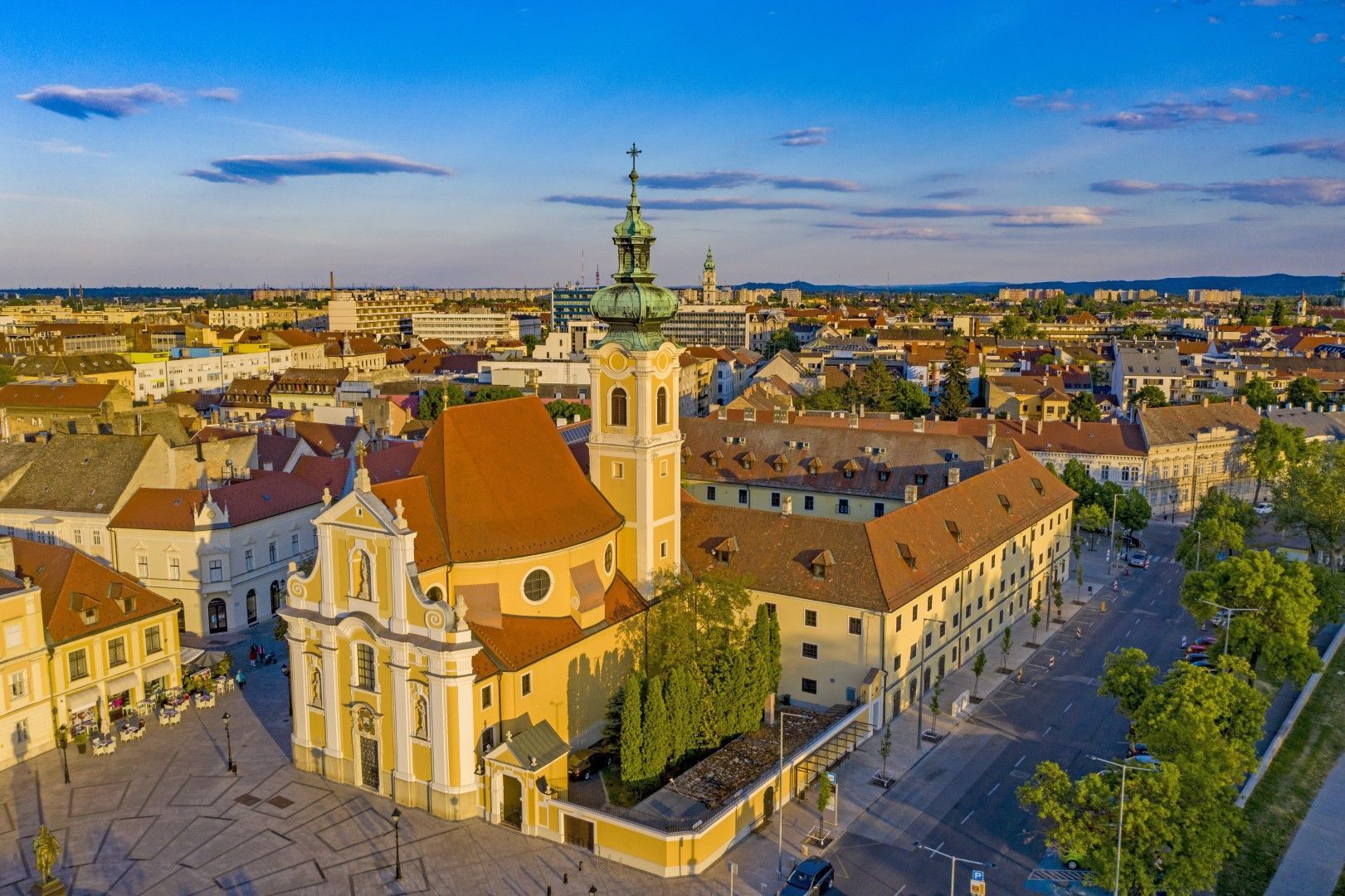 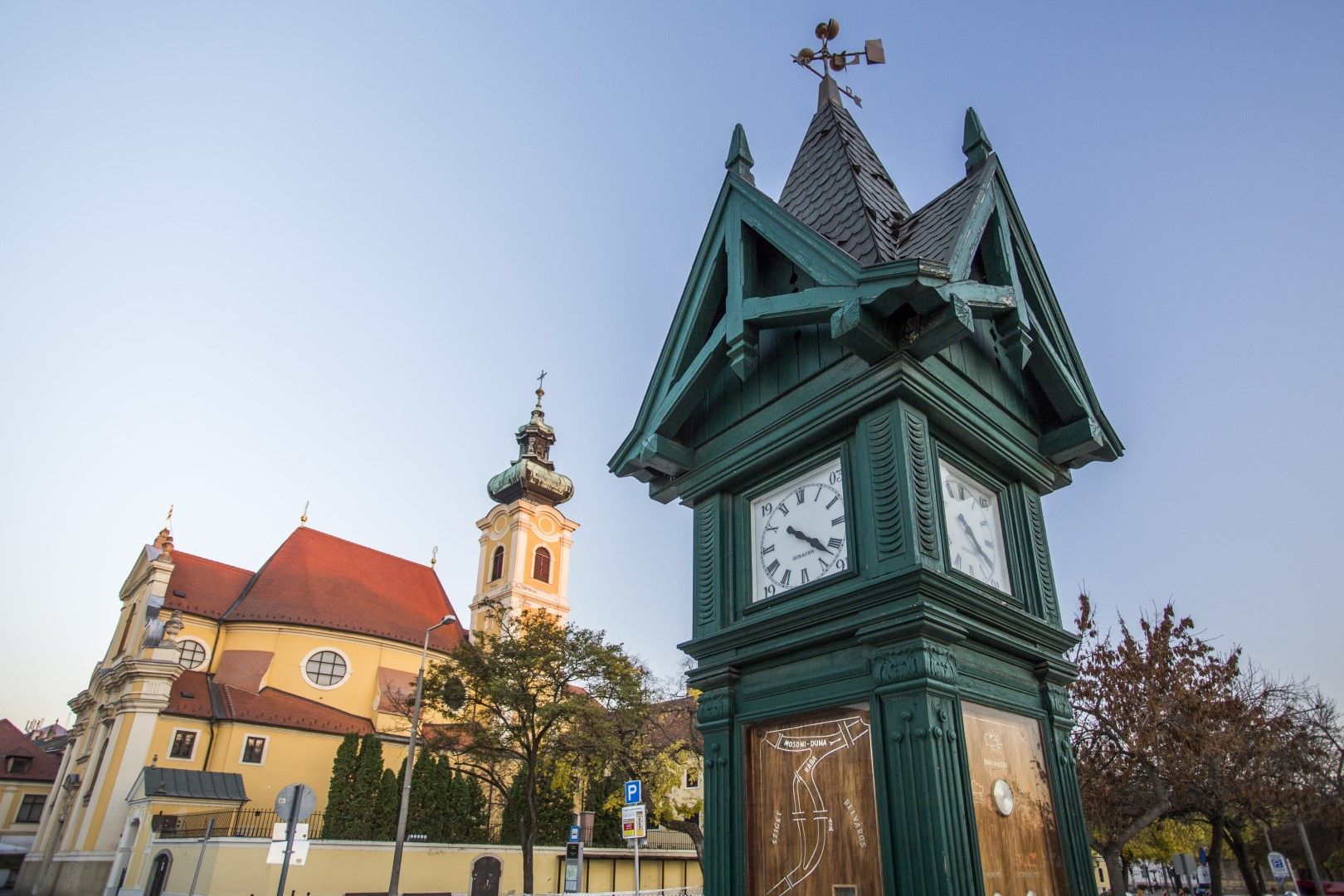